Crisp, precise, and purely mechanical is a perfect description of the 2020 Lotus Evora GT.

The round, solid-aluminum shift knob adopts the temperature of the air around it, and on that bright, frigid Michigan morning, the air was cold. My contact with the gear knob was brief, thanks to the short throws of the six-speed manual shifter. Slotting the stubby gear lever into each gate is like chambering a round in a bolt-action rifle – a crisp, precise, and purely mechanical sensation.

This is not a car for faint-hearted drivers shopping for a status symbol – a Richard Gere in Pretty Woman, for example – but a vehicle tailored to driving enthusiasts. At the same time, questionable sanity isn’t a prerequisite for Evora GT ownership. This car is as livable as it is engaging, somehow blending striking ride comfort with a track-ready character in a way few cars can match.

Old School Experience
Driving instructors suggest checking your rear-view mirror every five to eight seconds. The Lotus Evora GT suggests staring, constantly at the rear-view mirror while accelerating and upshifting so you can watch the mechanical bypass valve linkage move. It’s just one of the little anachronisms of this car, made all the more remarkable in an era where automakers cover every mechanical bit with plastic. This tiny detail is far from the only throwback – the entire powertrain feels like a greatest-hits album from some sort of powertrain super group.

For a start, in an age of turbocharging, the Evora still boasts a supercharger. The Edelbrock-sourced blower force-feeds the 3.5-liter V6 up to 8.7 psi of boost – and yes, that V6 comes from Toyota. But to relate it to the Camry or Highlander is a disservice to Lotus’ efforts. The supercharged 3.5-liter feels like no Toyota powerplant I’ve ever driven. 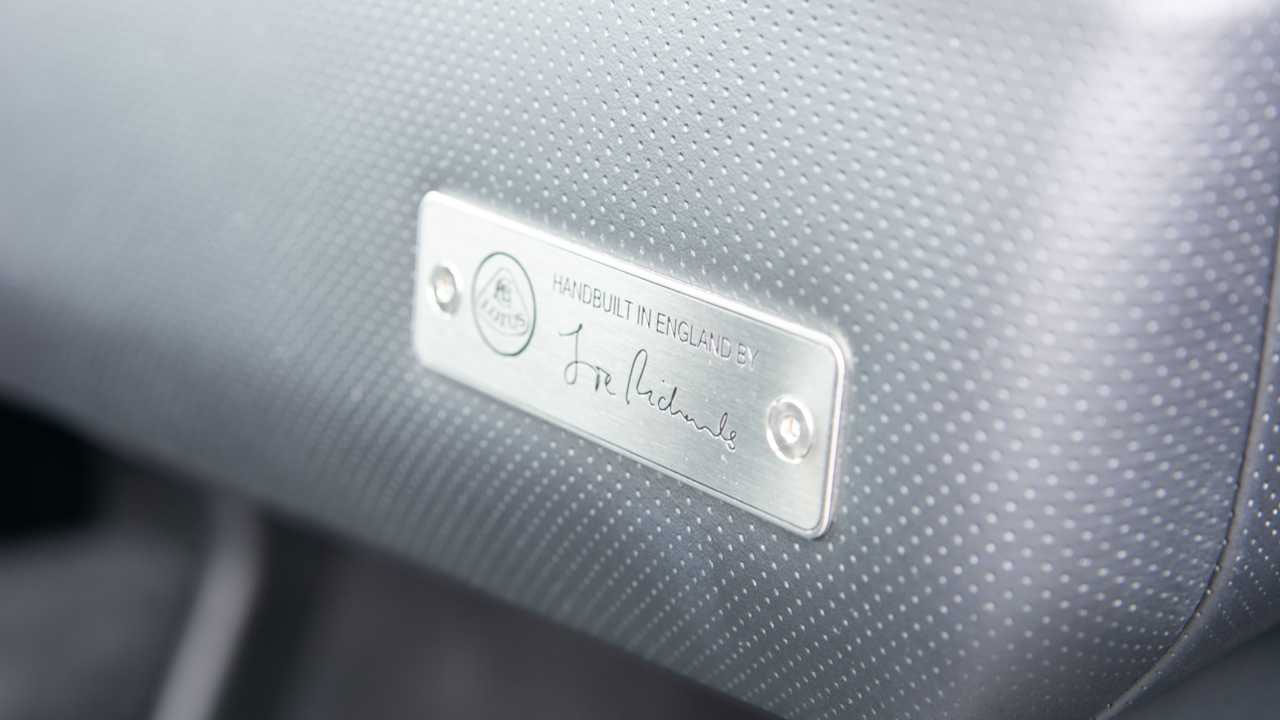 The Lotus Experience
Of course, you don’t buy a Lotus for the cabin or because it’s easy to get in and out of. You buy one for how it feels and handles in the bends. In the Evora GT’s case, it’s possibly the most transparent, telepathic, communicative sports car that $100,000 can buy.

The steering is hydraulic and will make quite literally any car with an electric power-assisted rack feel numb and aloof. The feedback is constant, thanks in part to a magnesium steering wheel – signals extend to your fingertips like a sixth sense, the sort of thing that makes you feel in a state of oneness with the car. The rack builds weight beautifully from center, while turn-in is sharp and predictable.

There’s virtually no unnecessary body motion, so the Lotus feels poised and natural in the corners. But there’s also an unending sense of grip, thanks to the Michelin Pilot Sport Cup 2 tires, that makes the neutral handling character both forgiving and easy to exploit. There are a lot of high-performance sports cars that humor their driver’s talents but will never, ever let them stray too far from what’s safe. The Evora isn’t one of those vehicles – it respects the abilities of the talented while forgiving those of the talentless.

It fires with a harsh growl. The throttle response is immediate, but the power delivery is relaxed. For me, the Evora GT’s power delivery is a palate cleanser after a spate of new, turbocharged engines – they’ve accounted for nearly two-thirds of all the vehicles I’ve driven in 2020.

Instead of instant, irrepressible torque, the 302–pound-foot peak only arrives at 3,500 rpm, which leaves some time to enjoy the note out of the V6’s big, center-exit exhaust pipe before max twist arrives. It’s probably the best sounding V6 I’ve heard in ages. It’s “Busso V6” good – a refined, sonorous, occasionally raspy thing you never want to turn off. As the engine speed increases, the howl of the supercharger comes into play. The blower could be louder, although it occupies a nice middle ground, volume-wise, between the constant shriek of a Hellcat and the subtle whine of Jaguar Land Rover’s supercharged V8.

Before you know it, though, you’re past the torque peak and the speed is building. Unlike turbocharged engines, which tend to run out of steam at higher engine speeds, the Evora’s blown V6 is unyielding, accelerating right up to the 7,000-rpm redline. Coincidentally, that’s where it develops all 416 of its horsepower. Drive with purpose, and this 3,200-pound, mid-engine coupe will hit 60 mph in a manufacturer-estimated 3.8 seconds. 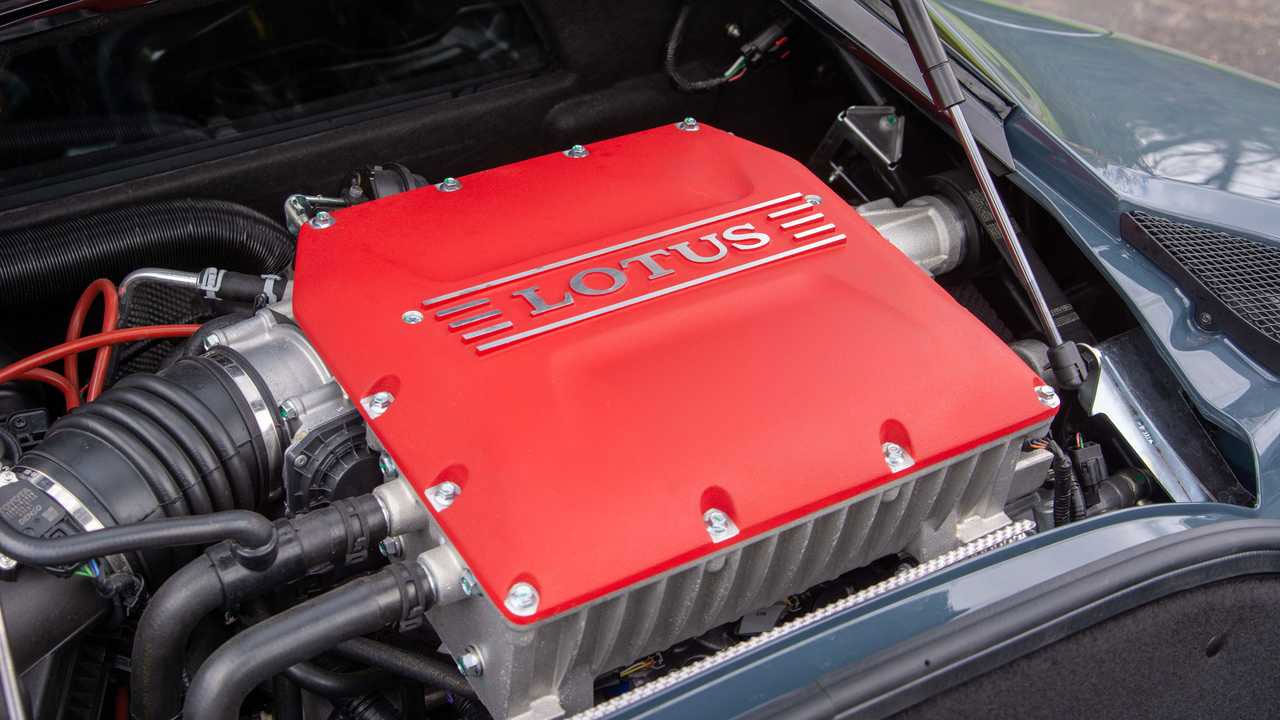 Depress the weighty clutch pedal to disengage the single-plate clutch and engage first gear – there’s a mechanical clunk, like you’d hear in a race car – and ease off the clutch. The clutch is heavy, but predictable and easy to modulate. Upshifting feels racecar-like when you’re fast and smooth enough, with the single-plate clutch reengaging immediately. As far as manual-trans cars go, I’m not sure there’s a production car on the road that allows its driver to swap cogs so quickly. Even if you aren’t in maximum attack, though, gear changes in the Evora GT are an almost religious experience for three-pedal worshipers. The all-aluminum shift mechanism is nearly perfect, with receptive gates and an extremely satisfying action. All you’ll want to do is change gears.

Racy, Except When It Isn’t
Despite how purpose-built the Evora looks and feels, it’s shockingly comfortable. On Michigan’s pockmarked roads, the ride is almost smooth, with the suspension – Eibach springs and roll bars and fixed-rate Bilstein dampers in an unequal-length, double-wishbone setup with lightweight aluminum components – managing imperfections far better than I’d expect from such a high-performance product.

The Lotus easily shrugged off bumps and imperfections that would prove back-breaking in rival products. That’s despite its track-ready nature, despite its 35-series rubber and 19-inch wheels, and despite a mere 101.4-inch wheelbase. The ride is truly excellent. But it’s reasonably quiet, too. Oh sure, there’s ample wind noise from the A-pillars, but the Evora manages tire roar and the sound of the suspension erasing bumps well.

The cabin isn’t even particularly spartan. In fact, the mix of Alcantara and leather – both extremely well fitted – feels totally worthy of the Evora GT’s $100,000-plus price tag. The seats come from Sparco and offer huge support along with impressive comfort. The only low point is the Alpine touchscreen in the dash. It’s reasonably responsive, the layout is easy to learn, and the graphics are adequate, but the system conked out on me three different times during testing. A simple restart set it right.

Beyond the touchscreen, the rest of the cabin controls are appropriately minimal – a small bank of buttons for the drive modes and a couple of small knobs for the climate controls sandwich the touchscreen.

Until the Evora, my only Lotus experience was with the old Elise and an even older, front-drive Elan. The Evora GT was better than I ever expected. Beyond the simple build quality and thoughtfulness of the cabin, the design is just plain functional – getting in and out of the Evora is like any other low-slung, mid-engine sports car rather than the act of of contortion the Elise demanded. I wouldn’t hesitate to drive this car on a daily basis.