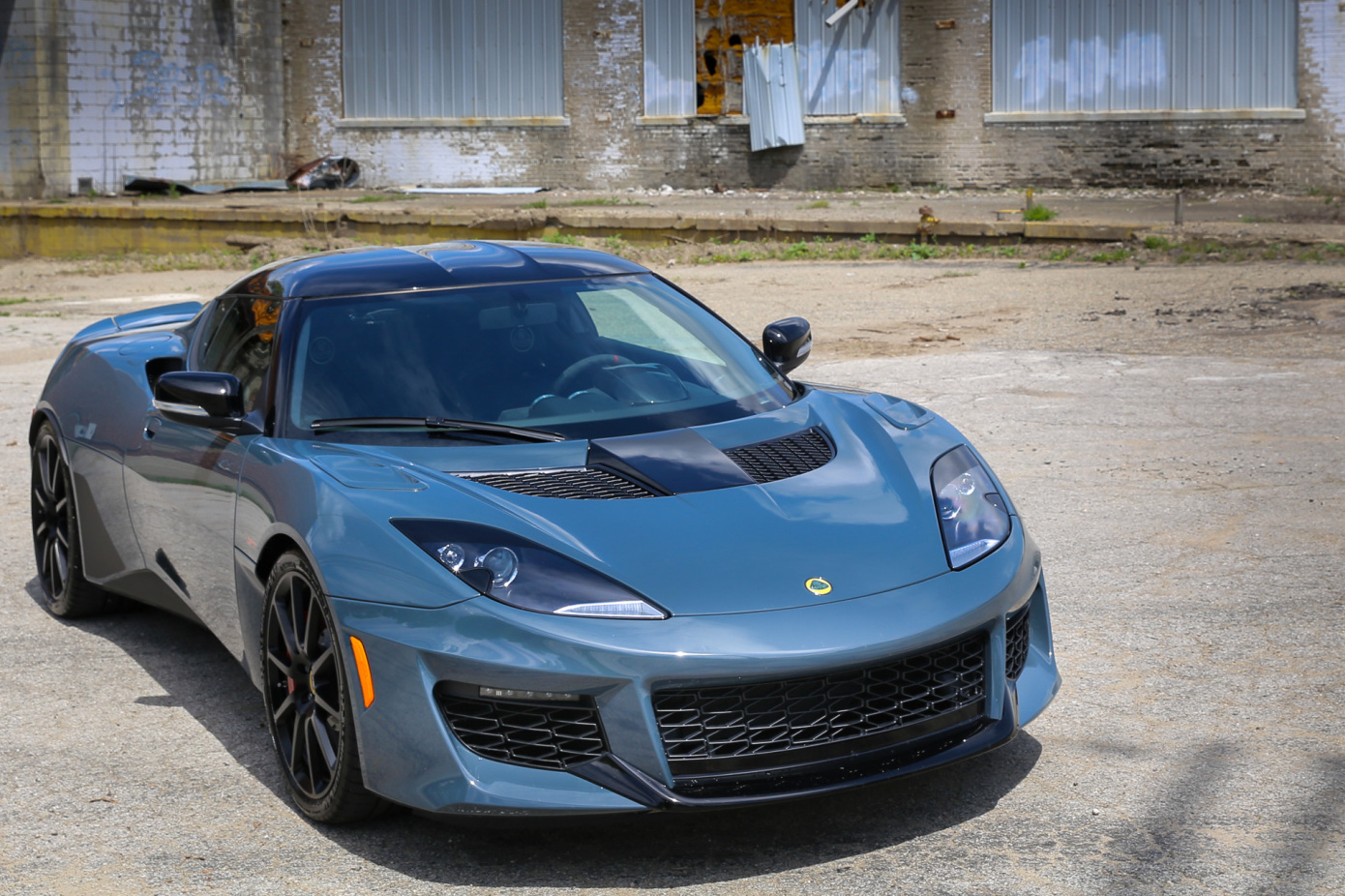 This Lotus follows a timeless analog formula. Throw a good engine in a little car, give the driver control over the transmission, and fun ensues.

The Lotus Evora GT is supersized go-kart with nary an advanced technical feature. And I love it. While most cars are coming equipped with supercomputers, the lack of technical wizardry makes the 2020 Evora GT interesting, and that’s why it’s on TechCrunch.

A modest V6 rests behind the driver. The stats are hardly notable: 416 BHP and 317 lb-ft. It’s supercharged with an Edelbrock screw providing 8.7 psi of boost. In all, it’s not much considering rivals often sport twice the power and torque. The Lotus Evora GT doesn’t care. The engine provides intense thrills and driving dynamics. This car proves that, even today, when 1,000 hp is obtainable and F1-inspired hybrid systems are hitting cars, over-the-top horsepower and exotic power plants are not needed. Not really, at least. 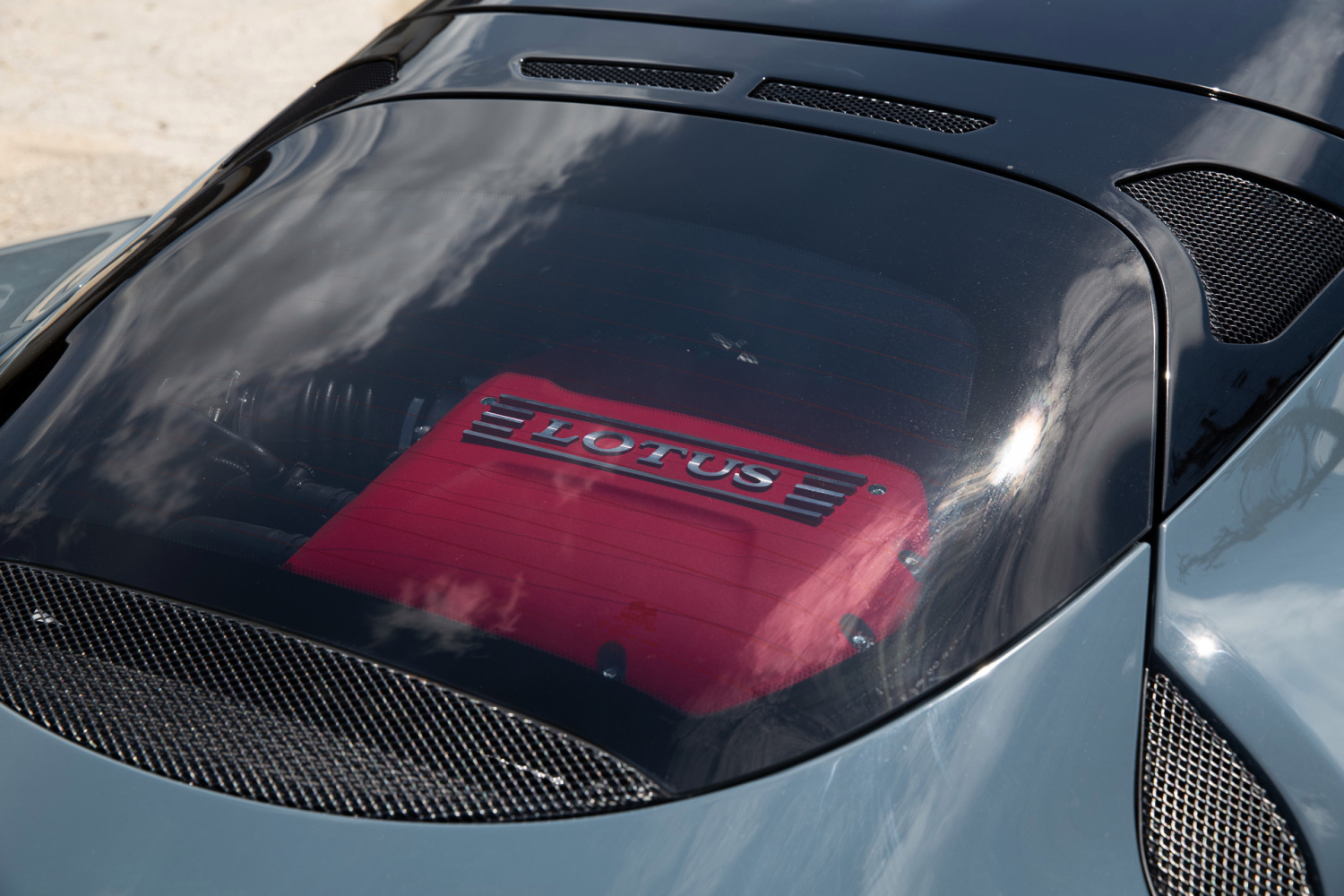 I never turned on the radio. The howl of the engine was enough for me as I took this Lotus around Michigan’s deserted back roads.

The engine wails with power. A distinct whine is caused by the supercharger that’s quickly followed up by a roar from the exhaust. The combination creates a harmony missing in most modern sports cars. Nowadays, automakers take great pain in isolating drivers from the violent explosions powering their vehicles, and in a vehicle the size of this Lotus, that’s not possible.

The Lotus Evora GT is small. This isn’t a car for commuting. The creature comforts of power seats and cup holders are missing. There’s no room for golf clubs. The tiny storage compartment between the rear-mounted engine and the bumper has a warning not to exceed 50kg. There’s a back seat, but don’t expect anyone to sit in it; it’s too small for even a child. This is a car for whipping around a track or empty roads and enjoying every second of it.

Power is instructed through a six-speed manual transmission. It’s the Goldilocks of standards. Not too long, not too short. Not too hard, not too soft. Just right. This transmission is part of the Lotus Evora GT’s appeal.

In most modern sports cars, the driver is often a conductor, sending instructions to various orchestra members. The result is beautiful music, and the crowd cheers as the conductor takes a bow. But he didn’t do anything. He just told the musicians what to do.

In cars like this Lotus, the driver is more akin to a one-person band. Sure, the music or driving might not be as technically beautiful as an orchestra, but that one man, controlling and playing all the instruments, simultaneously produced magic.

With immense power to weight ratio, the Lotus is primed for excitement. In traffic, it’s like driving a Hot Wheels toy car next to a giant Tonka Truck. Wide Michelin Pilot Sport Cup 2 XLs seem to provide enough grip to allow the Evora GT to climb a wall. I had a smile every time there was a sharp highway ramp.

There are a handful of competitors around the Evora GT’s $100,000 price tag. For prospective buyers, they should be considered. For nearly the same price, one can opt for the stellar Porsche 718 Cayman GT4, which offers similar driving characteristics with a lot more creature comforts. Likewise, the base model Porsche 911 starts at $100,000 and can be configured for weekend fun and daily commuting.

Due to the COVID-19 lockdown, I’m unable to provide a report from a track. Everything is closed here in late May as the country struggles to reopen.

This Lotus Evora GT is a quarantine buster. I live outside of a small city in the middle of Michigan. Make a right when leaving my house to go to town. Take a left, and I have access to endless roads lined with cornfields. That’s where I spent most of my time with this Lotus.

It’s a thrilling ride, racing through country roads. Up hills and down. Around meandering country lines and fields and animal pastures. I’ve taken many cars through this area, and the open stretches of the road never get old. This Lotus feels at home on these back roads.

Cars like the Evora GT are a dying example of motoring. Electric sports cars can provide more thrills, and yet they lack the mechanical wonder caused by gas-powered cars. The Lotus Evora GT is a new car with an old soul. It doesn’t want to live a life of commuting. It wants to drive for the hell of it.